College Student Marijuana Use on the Rise, Report Finds

Marijuana use among college students has reached a 35-year high, according to a new University of Michigan report. 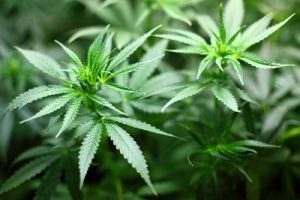 In 2018, 43 percent of full-time college students aged 19-22 reported using marijuana, according to the study. Vaping of marijuana and nicotine has doubled from 2017 to 2018. Additionally, the use of nicotine has risen by almost four percent since last year.

The annual “Monitoring the Future Panel” study focused on college student’s use of drugs, alcohol and tobacco. Data is based off of full-time college students who are enrolled in either a two or four-year institution.

One of the reasons for the increase highlighted in the report is the lack of understanding about the risks of marijuana usage.

“We know from our research and that of others that heavy marijuana use is associated with poor academic performance and dropping out of college,” said Dr. John Schulenberg, principal investigator of the Monitoring the Future Panel Study.